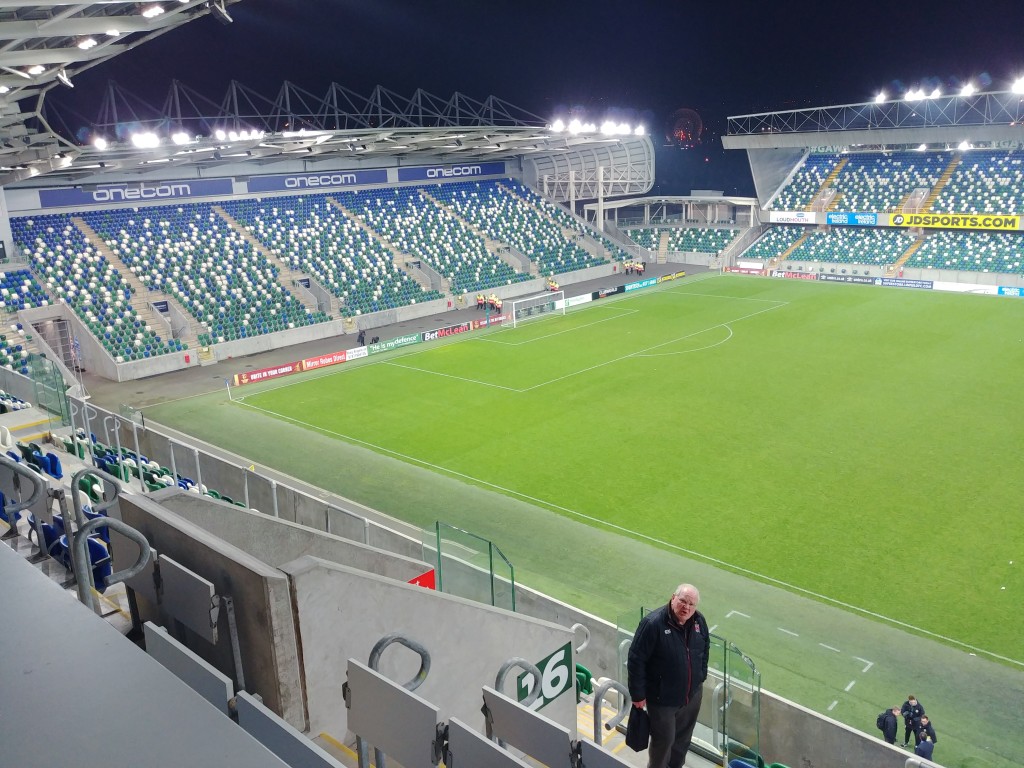 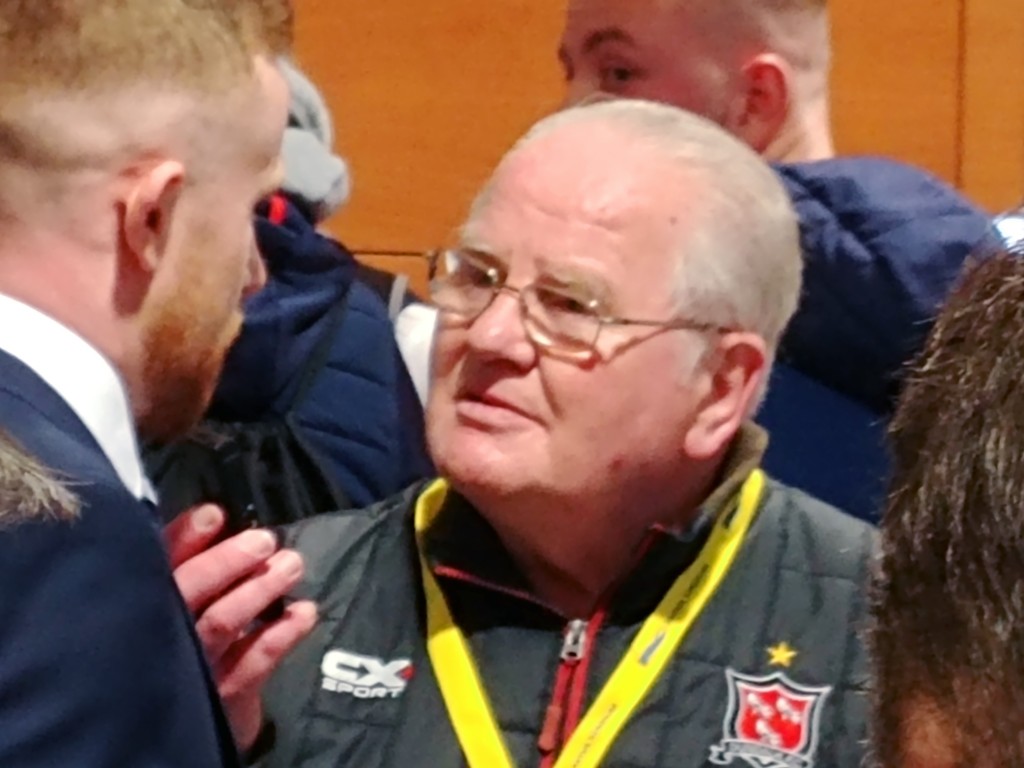 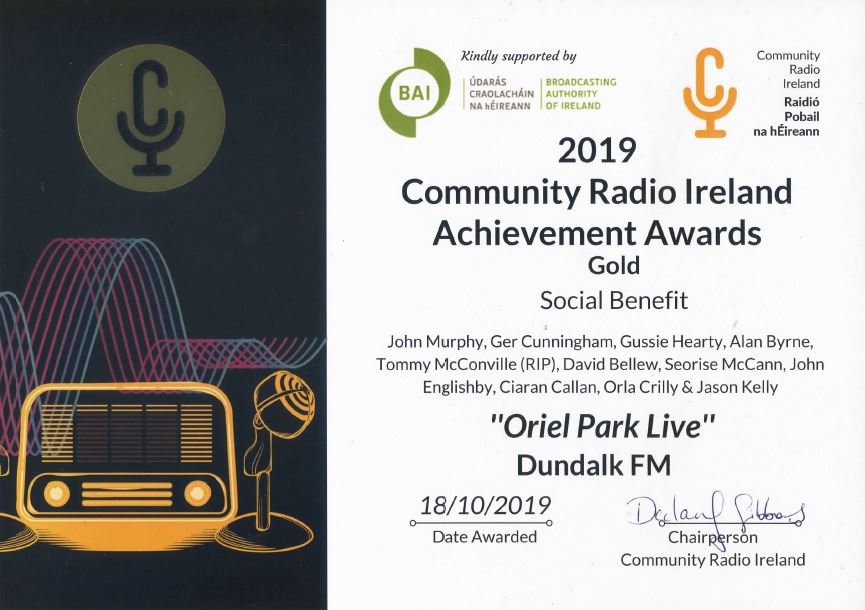 Name the individuals involved in the project/programme

Please outline why you think your entry deserves recognition

Oriel Park Live is the name of the League of Ireland match commentary provided by our team of volunteers since 2005.

The show is aimed at people who are housebound and at people from Dundalk who live abroad so that they can stay in contact with home.

A testament to the importance of the show can be heard in the Half Time Hellos. John Murphy, who turned 80 last year, reads out the list of people around the word (starting with Australia) that tune in. At the match on 23/09/19 this took over six minutes to compete.

When they are home, people often come up to John and his co presenter Gerry Cunningham in the stand to say hello and tell them where in the world they are listening to them from.

How do you feel your entry shows any of the following criteria; innovation, team building, community participation, quality and community awareness?

The Oriel Park Live Show has increased it’s team of Volunteers from four to ten.

A new pre match show started this year – Build up With Bellew – so that our new volunteers report live from the terraces and backrooms from home and away matches. A highlight was live reports from the Champions League Matches in Baku, Riga and Bratislava this year.

Other points of interest are

The post match interviews are played out in full as opposed of playing snippets.

Because of the show, the station has recorded radio documentaries from Belfast, Derry and Portadown.

Is there any other information you would like to add about your entry?

This year we teamed up with Derry’s Community Radio station – Drive 105FM – to do a dual broadcast from three matches from the Ryan McBride Brandywell Stadium. We rebroadcast the Match Night Live Drive stream and their presenter team is Dee Curran Eddie Seydek, Kevin Moore and Colin Greene. The team broadcast around thirty matches each year.

The local soccer league has also started to broadcast live matches during the week as a spin off to this programme. 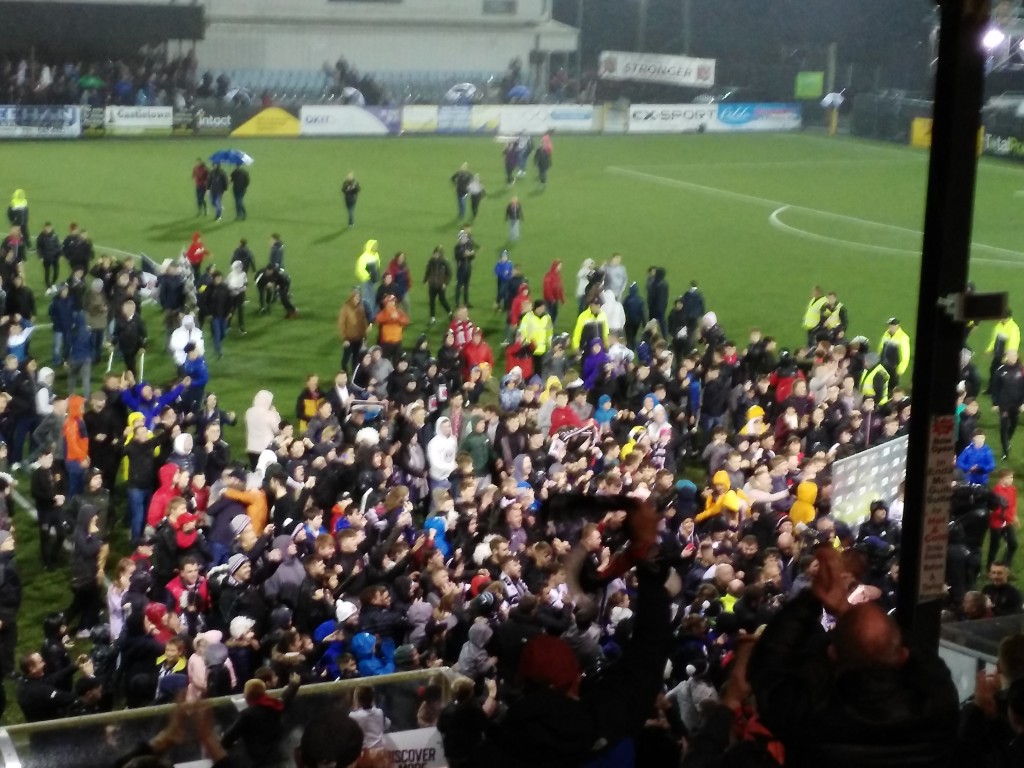 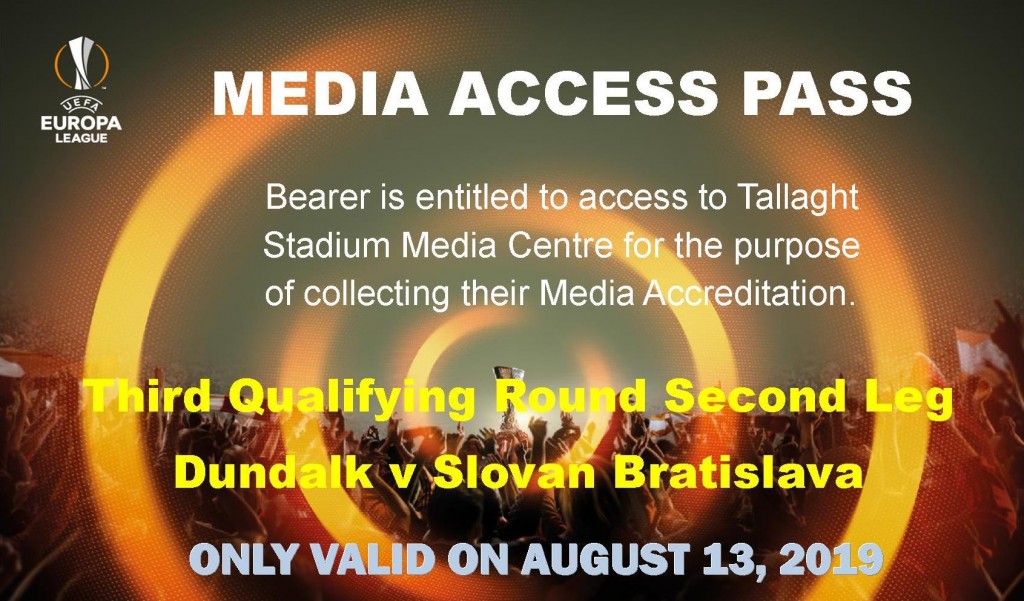 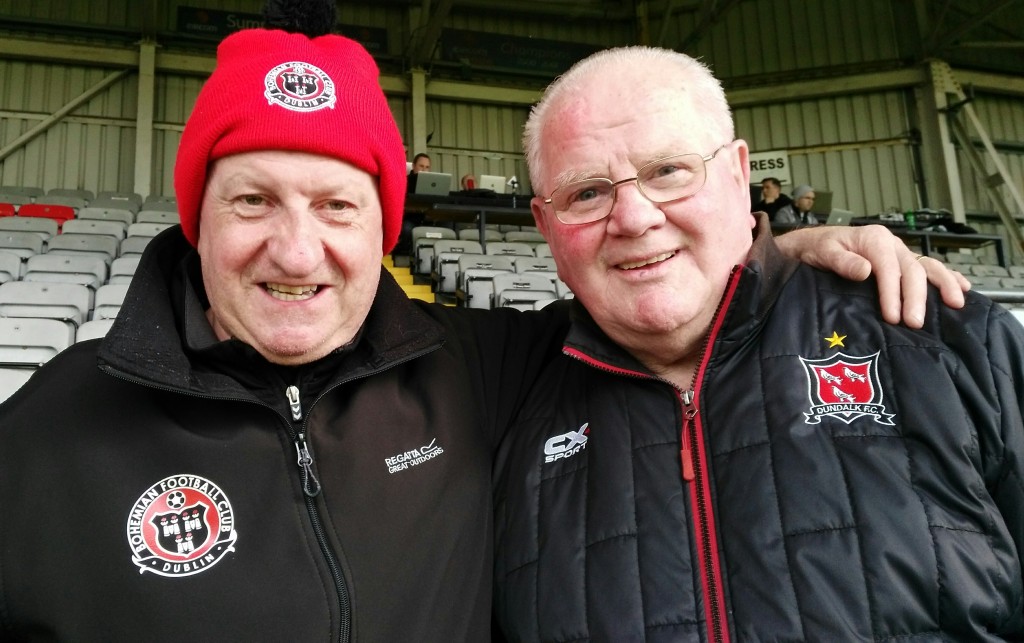 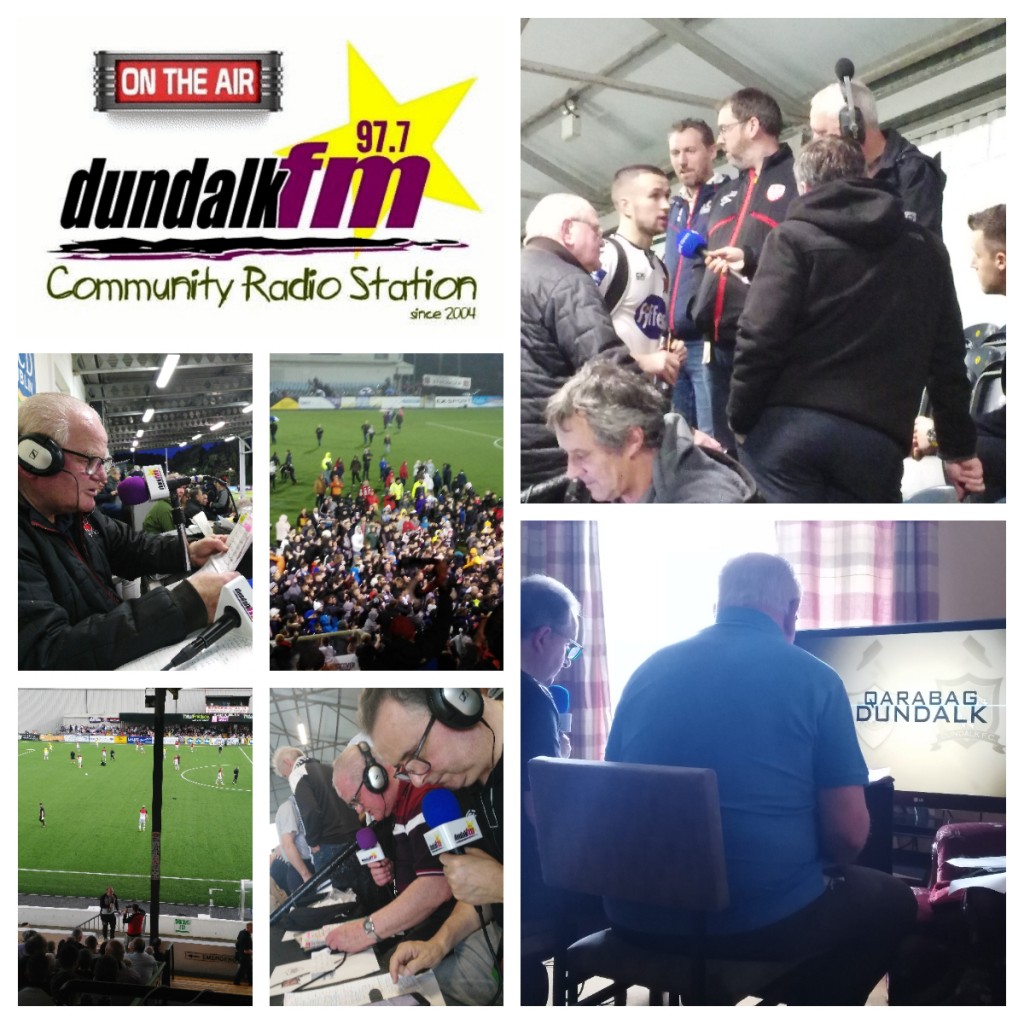 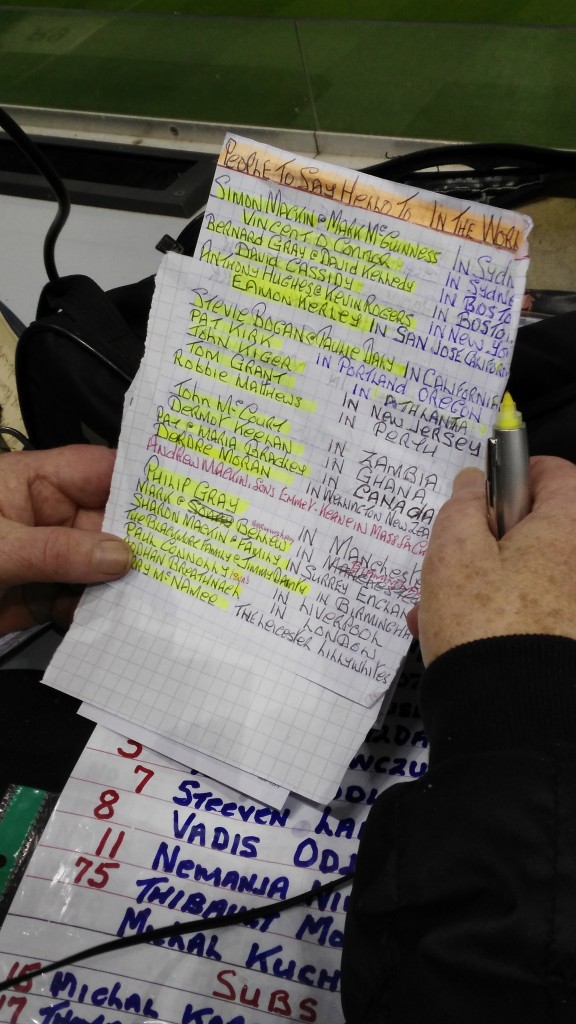 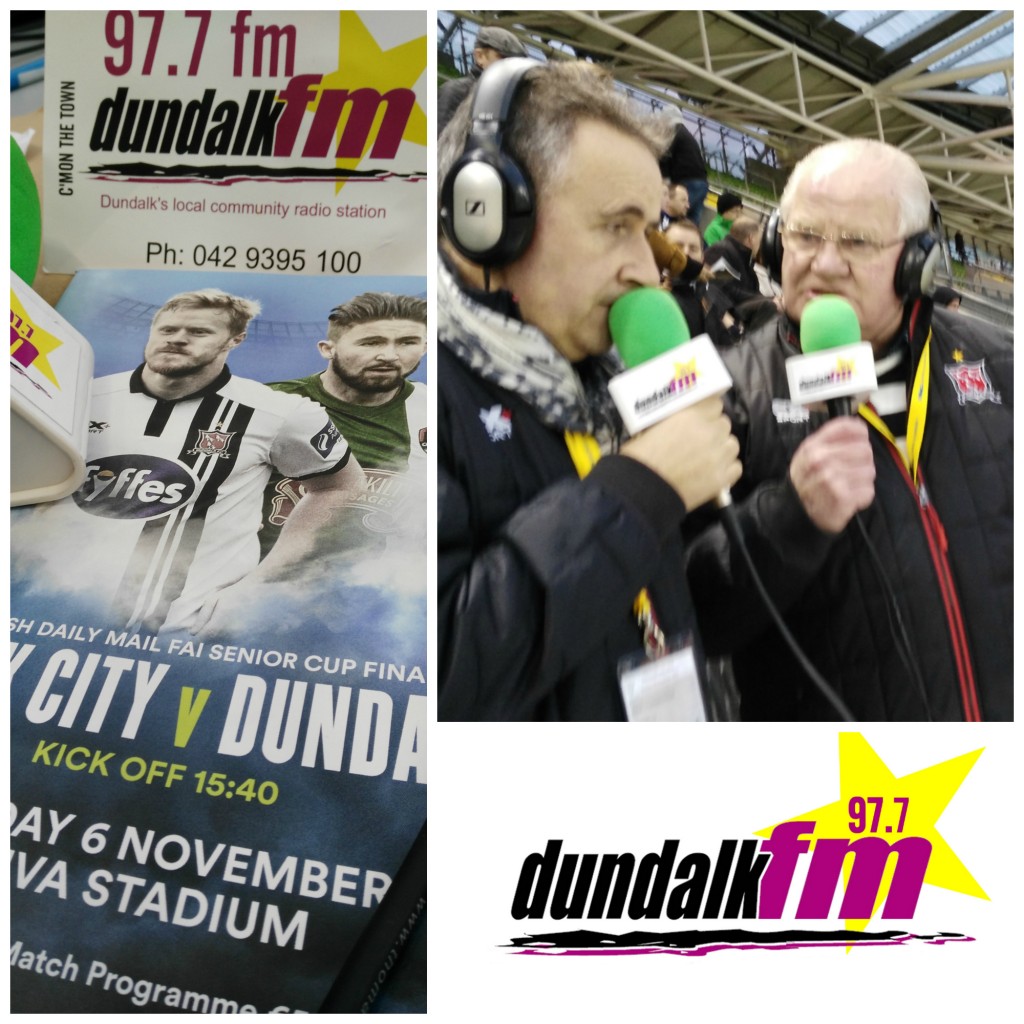 From Richmond Park Dundalk are 1 up against St. Patrick’s Athletic with a goal from Stephen O’Donnell. It’s time for half time hello’s to listeners around the globe from @John Murphy on Dundalk FM. Caught being snapped by co commentator 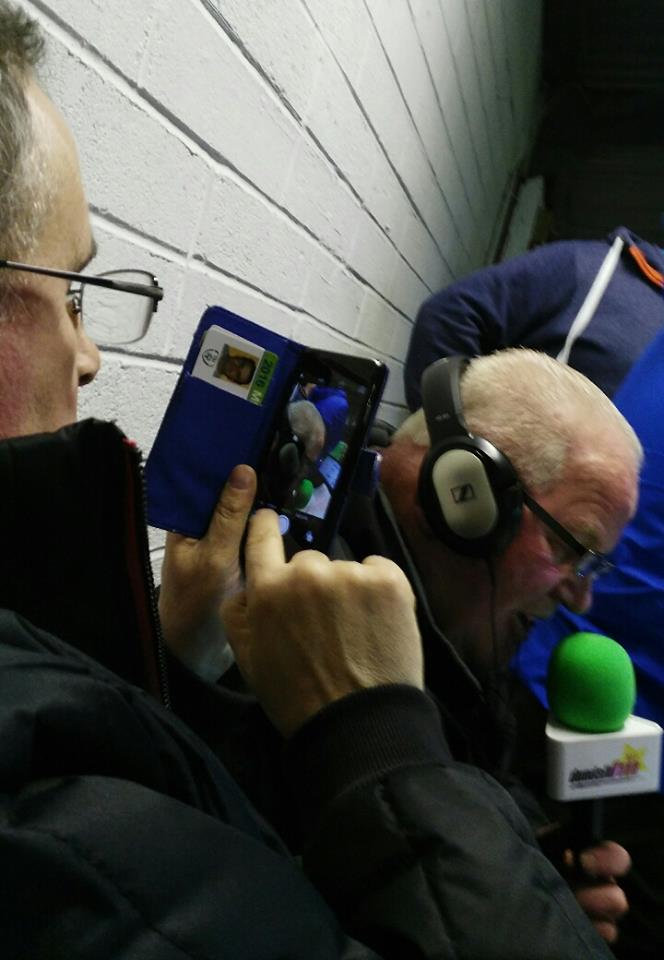